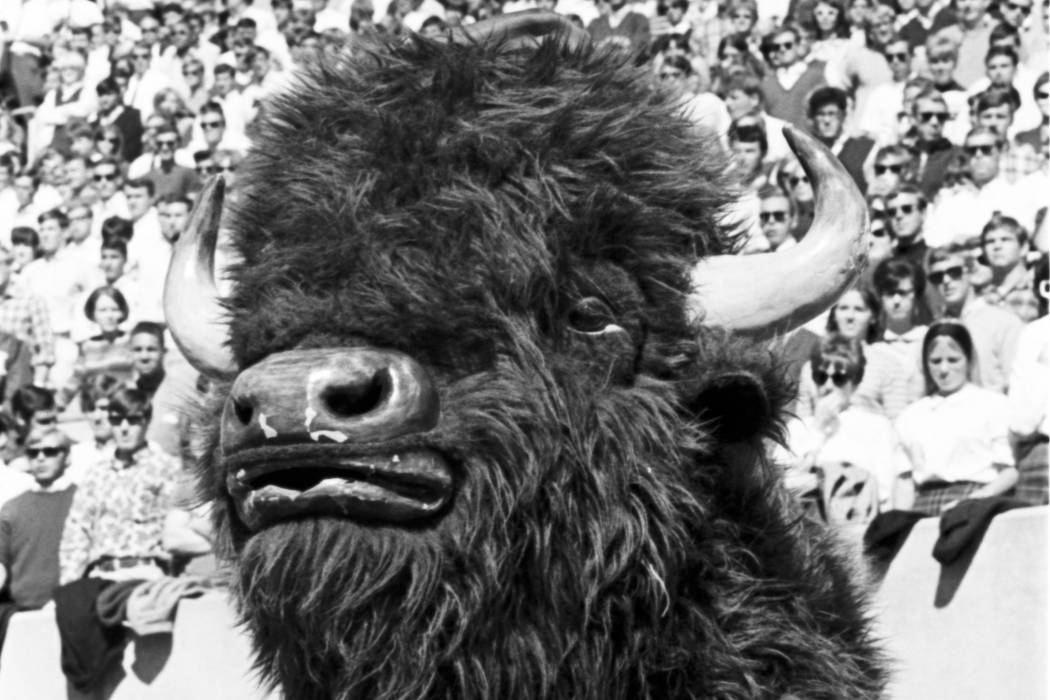 Photo from the IU Archives

Indiana University athletic teams have been known as the Hoosiers since 1923, but you may be asking what exactly is a Hoosier anyway? And why has IU not had a mascot for 43 years? It's time to dive into one of the most essential topics known to humankind: The history of college mascots, specifically IU's missing mascot.

IU first used the term "Hoosier" during the 1923 football season, when the team was called the "Scrapping Hoosiers," a name that refers to the residents of Indiana. In an 1832 poem called "The Hoosier's Nest," the term referred to the qualities a Hoosier possesses, like self-reliance and bravery.

So how does a Hoosier translate into a mascot? Well, it's a bit hard to replicate. IU has shuffled through a carousel of animals and people, starting in 1908. The first attempt was an owl, and I personally think the "Hoo Hoo Hoosiers" cheer would have remained perfect. But the owl only lasted a year before a raccoon was introduced in 1909. Followed by the real-life toddler son of an athletic trainer in 1912, a golden eagle in 1916, a goat, a skunk, a collie, and many more. A bulldog even took its place as the mascot at one point for a total of 16 attempted mascots over the years. The confusion was strong.

Before we get to the most important mascot attempt in IU history (the Bison), we must also acknowledge Mr. Hoosier Pride from 1979. The reception was so intense against this one that some referred to him as "ridiculous and offensive." He was removed after one year. 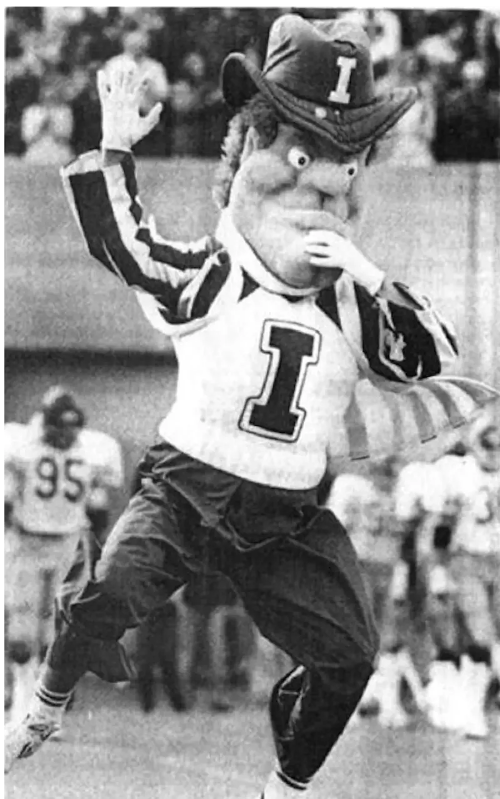 But we've saved the best for last, as all that shuffling gets us to the Bison, the longest-running and objectively best mascot IU has ever had. Chosen in 1965 by the IU Student Senate, the choice was inspired by the state seal of Indiana, which does, in fact, feature a bison.

Students wanted a live bison to run out on the field, which was turned down for reasons. The next obvious choice was a bison mascot costume. It goes without saying the outfit could have been constructed better, as there were no armholes or hind legs. To IU's credit, they immediately reached out to Walt Disney for help, but he sent them to an LA firm to work on the suit. The new costume version was not much better as it held a lot of heat, and the person inside the costume could not see out of it. Without eyes, the cheerleaders had to walk around the mascot with a leash. Not great. 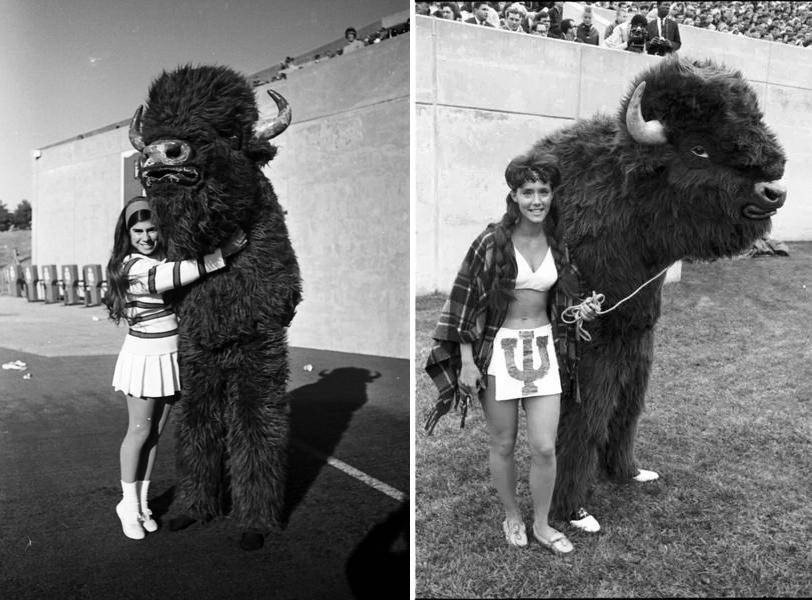 Photo from the IU Archives

Sadly, the IU Bison was discontinued in 1969 as the school could never get the design quite right, but the legend lives on forever. While the Bison only roamed the sidelines for four years, those years will live on in our hearts forever. And now that we've seen other schools move forward with a bison mascot, I think it's worth a shot for IU to bring it back.

The bison shirts are some of our best-selling here at Homefield and one of our most favorite designs. You can see them below and join us in our quest to bring the Bison back.

Back to Homefield History