You can catch to Jordan twice a week as co-host of Spinsters podcast, the podcast that took over basketball internet in 2021. The podcast does longform reporting on Tuesdays and conversations on Thursdays.

I love a good puzzle. The whole Wordle phenomenon that’s sweeping the internet right now is right up my a-l-l-e-y. So when I noticed something peculiar about University of Kentucky's women’s basketball star, Rhyne Howard, I had to get to the bottom of it.

The projected WNBA No. 1 draft pick wears her Nike headband upside down, and we don’t know why. Like any puzzle, the first step is to turn all the pieces over and view what’s in front of us at face value.

At Bradley Central High School in Tennessee when Howard was ranked the 10th-best guard in the country, she wore her headband right-side up. The Nike swoosh was thriving, and living out its intended purpose, and so was Howard. She averaged 21 points per game and almost 5 steals. She was the Tennessee Gatorade Player of the Year and was crowned Miss Tennessee Basketball.

But then, something changed.

It's boring being like everyone else, and this was her chance to break free from the crowd, she said, a chance to try something new.

Starting with her U19 USA basketball games, a flipped headband automatically makes you do a double take. “Obviously nobody else wears theirs upside down,” the two-time SEC Player of the Year told me this week over video chat. “People say, ‘Her headband’s upside down? Oh, that’s gotta be Rhyne.’” It’s boring being like everyone else, and this was her chance to break free from the crowd, she said, a chance to try something new.

But my old-timey investigative journalism wasn’t going to let her off that easily. This was a puzzle that needed to be solved, and I had theories of my own.

Theory #1: Wearing the Nike swoosh headband upside down was to pay homage to NBA player Rajon Rondo, a University of Kentucky alum. While with the Celtics, he wore his NBA headband the wrong way, which led to the NBA banning the flip in 2010. It was in solidarity for her fellow Wildcat.

“Yeah, I didn’t even know that happened,” Howard said. She shot me down quickly. To her credit, though, she was only 10 years old at the time. 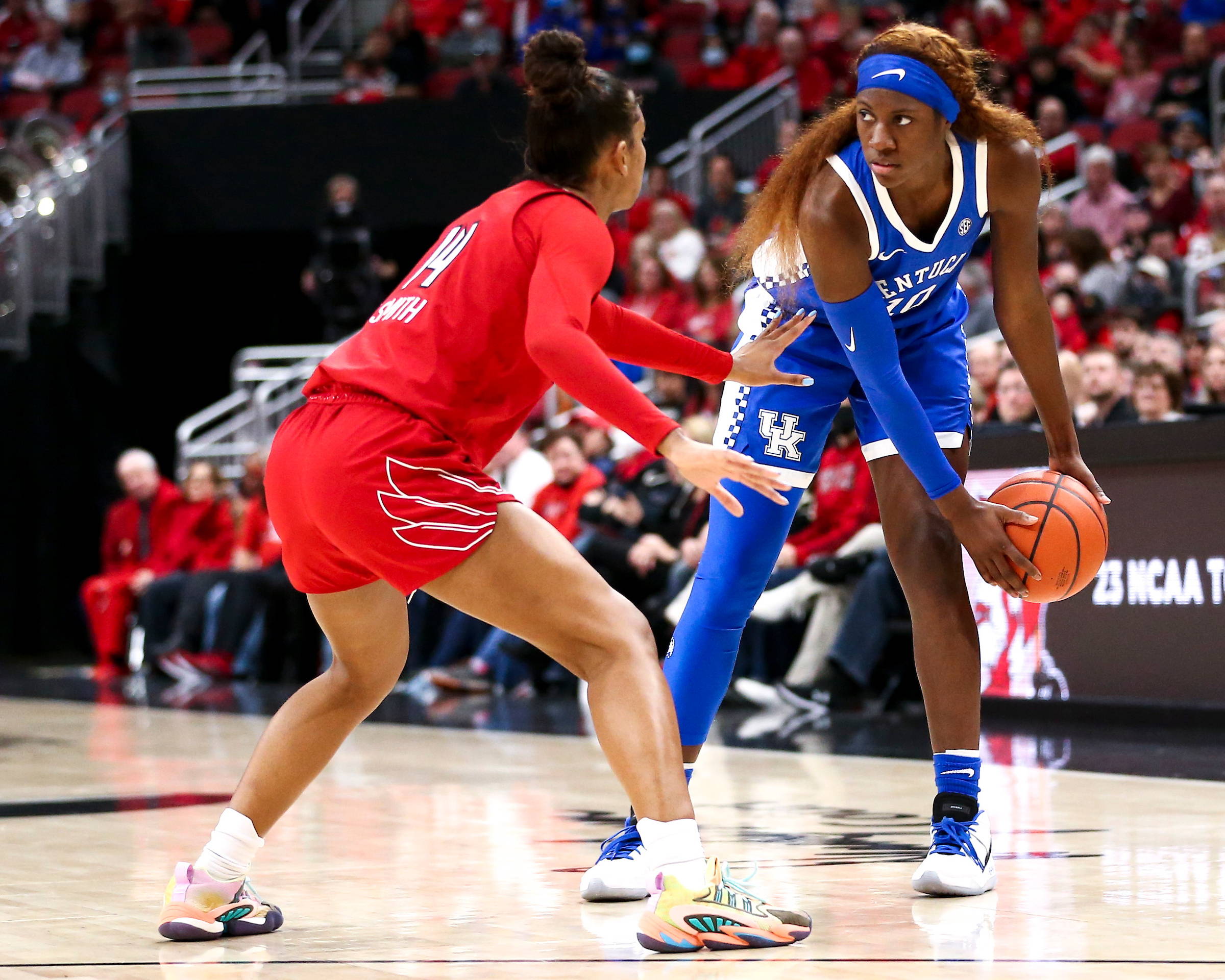 Photo courtesty of the University of Kentucky

Theory #2: This is a top-secret signal to the higher ups at Nike to show that she’s interested in being signed by the brand after she graduates. Like Morse Code, but with basketball accessories.

“No,” Howard says smiling, letting me down gently. “But I did think about it, if I did sign with them, I’d tell them that we should try some upside down Nike signs. I already got the pictures for it, and everybody already knows that’s how I get down.” Hey, if Anthony Davis can trademark his unibrow for merch, I think Howard’s brand is just as strong.

Theory #3: One game she accidentally put her headband on upside down, but had the best game of her life. Out of superstition, she continued to play with her headband that way in fear of breaking the cycle.

Howard laughed. “No, it was definitely on purpose.” But that doesn’t mean others didn’t catch on right away. People would constantly warn her pre-game that it wasn’t right. She’d give them a polite eye-roll and say, “Yeah, I know. I like it that way.” 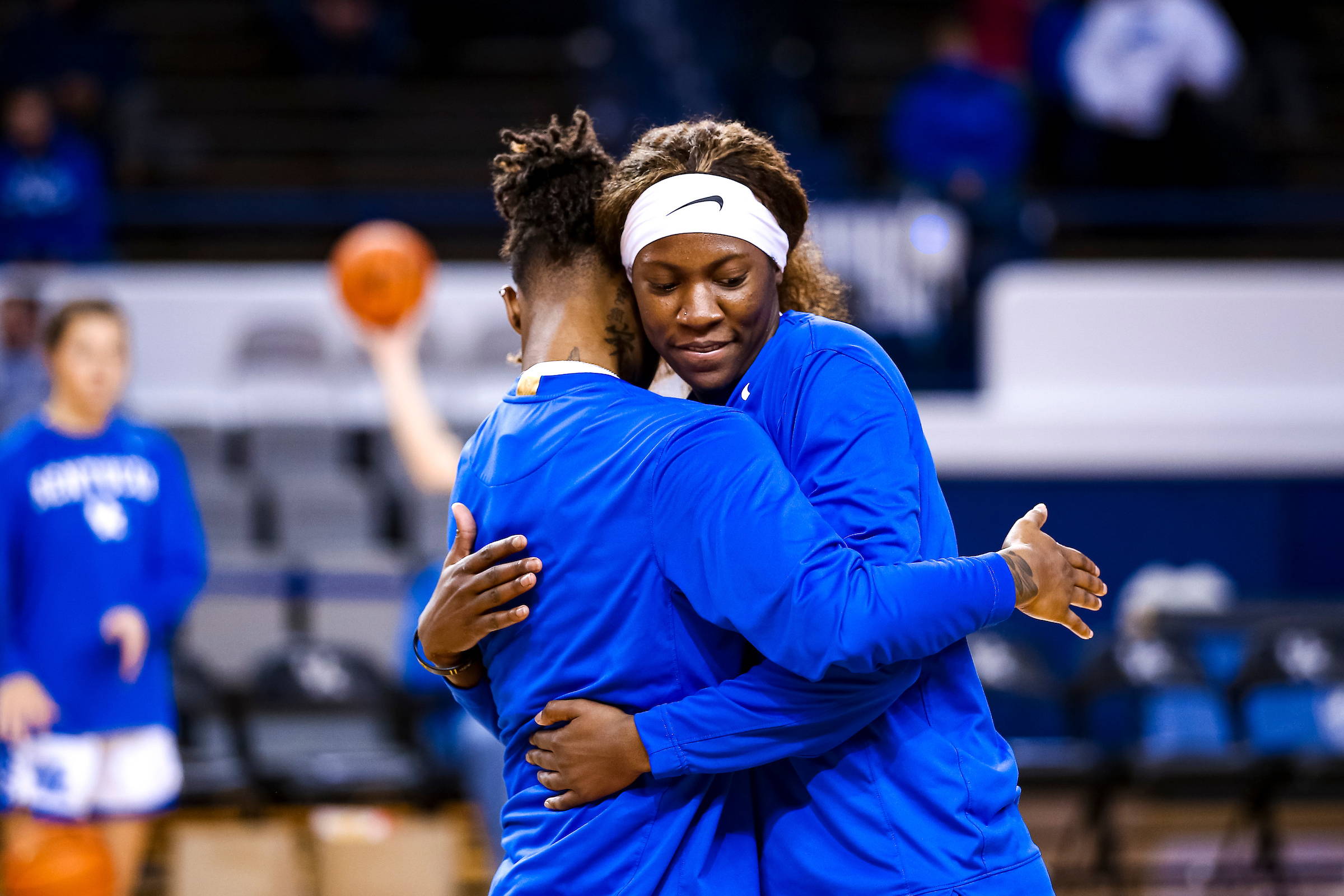 Photo courtesy of the University of Kentucky

My theories struckout. Those days turning into the crazed conspirator meme turned out to not be pieces to the puzzle.

“I just do it to be different,” Howard shrugged. The 6-foot-2 guard is already a unicorn on the basketball court. Her smooth ball handling, clutch shooting and tenacious defense makes her Kevin Durant-esque. She even spells her name differently from the simplified “Ryan.” And she’s a Warriors fan despite growing up a stone’s throw away from both the Memphis Grizzlies and the Atlanta Hawks.

Rhyne Howard is different. And come April, when her dream of being drafted to the WNBA comes true, the little girls watching will buy her no. 10 jersey, and they’ll flip their Nike headbands upside down, too. Just like how their hero wears it.