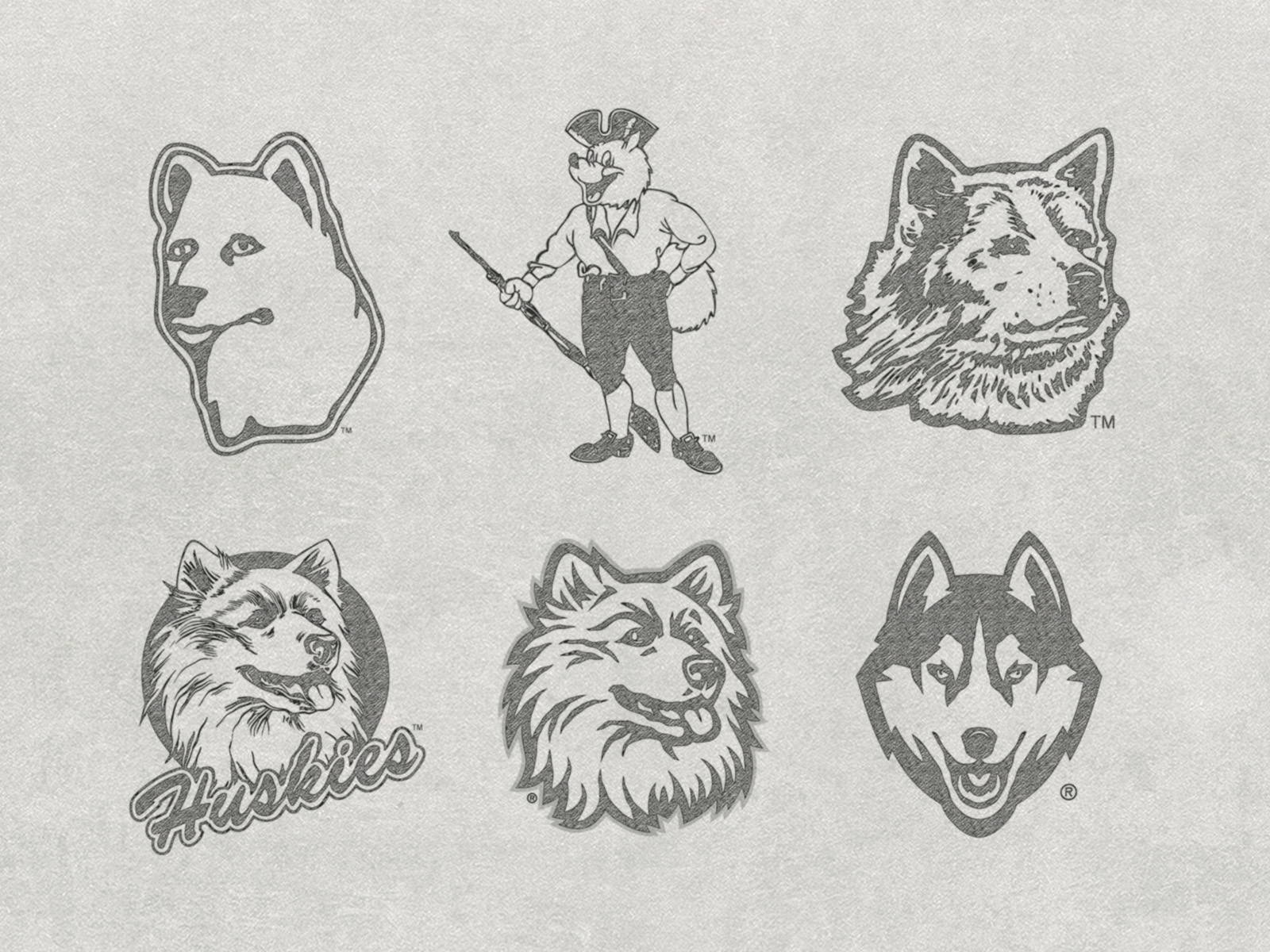 All logos provided from UConn Athletics

In a different timeline, UConn may have been the "Storrs Agricultural School," the school's original name upon its founding in 1881. Before becoming the research university it's known as today – and before the Husky became the mascot – their athletic nickname was the Aggies.

Students voted for change and chose the Husky to be the school mascot in a 1934 poll through the student newspaper. They simultaneously picked his name to be Jonathan. While some say the connection between UConn and "Yukon" is the reason for the Husky mascot (where they are native), the school name was not changed to the University of Connecticut until 1939.

Since becoming the Huskies, the decades-long evolution of the logo is a storied one, and features some of our favorite designs of all time. Let's get into it:

Sad Dog: 1959
UConn's first iteration of the Jonathon logo was only used for a year (1959), but his legacy is enduring online. He's the saddest dog we have ever seen. He was relatively unknown to the world until UConn revealed him in a 2013 press release during their rebrand. The logo took the Internet by storm in 2017, and here we are today, looking at Sad Dog as one of the most famous logos in sports. He finally got his due. 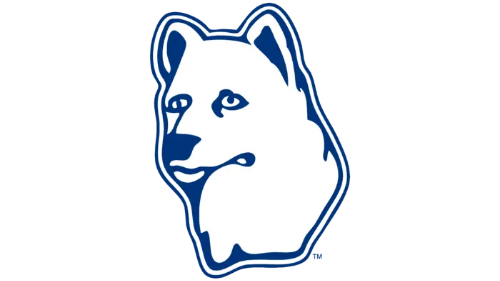 The Patriot Husky: 1960's
A year after debuting the Sad Dog, UConn went straight anthropomorphic with a new version of Jonathon. The new, more patriotic Husky was modeled after Jonathan Trumbull, the Governor of Connecticut, during the American Revolution. It should be known that UConn's men's basketball team also won six regular season conference championships during this logo's reign. 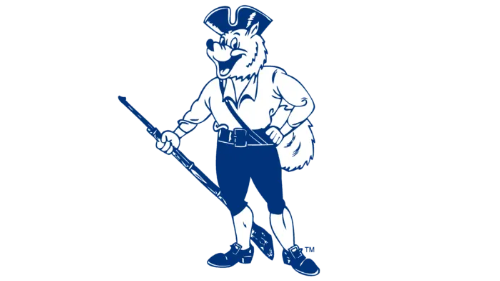 The First Realistic Husky: 1970s
To start the 70s, UConn moved to a more realistic Husky. He's a little more stoic than the cartoon mascot of the 1960s (nor is he in Revolutionary War attire or holding a musket) but more detailed than the Sad Dog logo from 1959. 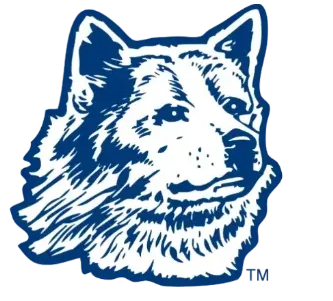 Friendly Husky: 1981-2002
This vintage logo was associated with UConn athletics in the 1980s and 1990s and is a bit friendlier than the previous version. This Husky will likely evoke memories of Ray Allen, Rip Hamilton, and Rebecca Lobo in UConn uniforms. 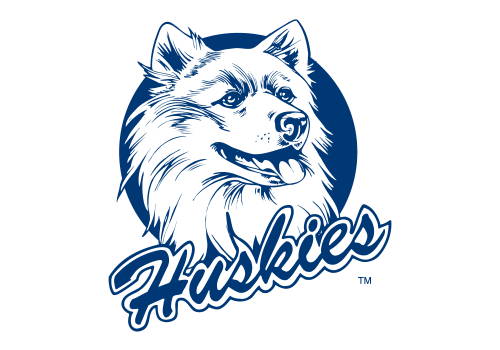 Classic Blue and White Husky: 2002-2012
This version of the Husky added more detail to the previous Husky, sporting had the addition of the red tongue. You may remember this one as some of the golden years for UConn basketball, following the legends before them. This logo was worn by Kemba Walker, Sue Bird, Maya Moore, and even Dan Orlovsky. 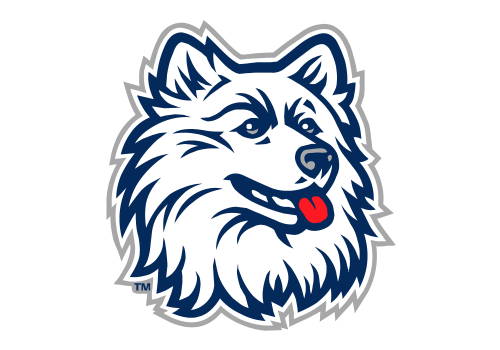 Current logo: 2013 to Present
UConn athletics opted for a more serious look in 2013, and debuted a more fierce Husky. Clint Shaner from Nike was the lead designer of this logo, and he went directly to the source and asked the fans, alums, and student-athletes what they would like in a logo. Geno Auriemma even said, “This logo is everything that a Husky is supposed to be – powerful, aggressive, determined.” 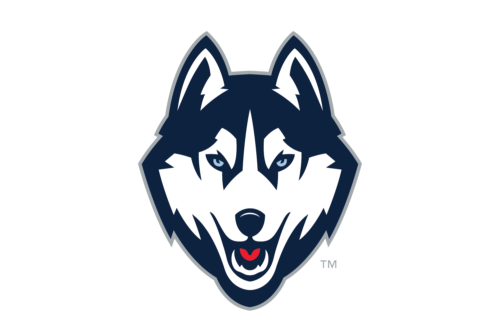 Let us know which is your favorite in the comments!